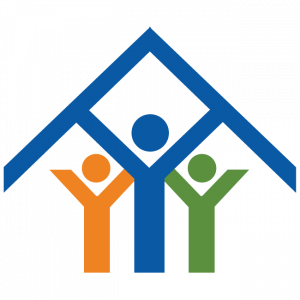 Latest News
You are here: Home1 / Latest News2 / Events3 / Explore the city on a bike!

Let’s get to know the city on a bike! We’ve partnered with Bike Regina to explore different parts of the town through group rides. Everyone is invited, and all you need is a bike! Our first ride was on June 15, and it took us around the east side of Wascana Park. We learned some fascinating facts about places around the lake!

Here are just a few:

Did you know that Candy Cane Park was constructed in 1979 to pay tribute to the UNESCO (or the United Nations), declaring 1979 as the official “Year of the Child”?

Across the street, you’ll find the Wascana Skate Plaza, which opened in 2008 and was designed with the help of numerous local skateboarders. It even hosted the DC Shoes National skateboard contest shortly after opening. The city just built a brand new outdoor fitness park beside the skate park. If you are up for an outdoor workout, you should check it out!

We biked by Douglas Park Sports fields; there, you will find Softball diamonds, a football field, tennis courts, Pickleball, a cricket field, and a disc golf course.

There is also a 23-acre Habitat Conservation area is also set aside specifically for wildlife.

On the south side of the lake, you can bike/walk right by the University of Regina and the First Nations University of Canada, a beautiful building and campus that opened in 2003. Our second ride was on July 13, and it took us through some of Regina’s newest cycling infrastructure. We learned about riding signals and sharing the road with cars.

We also stopped by Elles Cafe for some delicious Dole whip!

A big thank you to Mark Docherty, Derek Meyers, Gary Grewal, Nulee Menegbo and Marv Friesen from Rides by Marv for collecting, fixing and donating bikes to our youth program. Donations like this make it possible for those who do not have a bicycle to be able to join this activity!

There is so much to see in our city! Join us at our next group ride On August 17 to take some urban nature and learn about wildlife facts in the area.

Keep an eye on our events calendar for all the details! The Regina Open Door Society (RODS) is a non-profit organization that provides settlement and integration services to refugees and immigrants in Regina. RODS is committed to meeting the needs of newcomers by offering programs and services that enable them to achieve their goals and participate fully in the larger community.

Subscribe below to get the latest news and updates from RODS!

Starting Elementary School in Canada: What you Need to Know
Scroll to top